While many celebrated 2009 as the end of a decade, K-Bust was preparing for a beginning….

Lights flicker on, illuminating the finale of years in the making. Matcha tea steaming in one hand, the other determinately flips the switch. Sizzling electricity breaks through the early hours. It’s time!

Born of Chilean parents in the cultural and artistic city of Valparaiso, it wasn’t long before her creativity began to take flight. With much inspiration to pull from in her environment, and the influence of icons such as David Bowie, Madonna, and Depeche Mode,and Shirley Manson and Garbage, K was driven to pursue her love of music. She began by training herself in classical piano, then built her skills as a lyricist, composer, and interpreter. K wanted to be able to one day reach worldwide, and with this goal in mind, she is now fluent in English, Spanish, and French. After moving to Montreal at a young age, she begins making the scenes. Live music events, festival after festival, even sharing the stages with a great range of Pop music artists. That was just the start of it all, as an avalanche of opportunities came plummeting after.

This girl (remember, self-taught and motivated) opened for the popular Chilean rock band, Los Prisioneros, as they toured through North America. Then collaborated in the studio with Benoit Jutras, the notorious author/ composer of the “Cirque du Soleil”, recording one of his songs for “Franco Dragone” (“House of Dancing Water”), in Macau, Hong-Kong. From spending a year in Germany to work on post production for German films, siding up with Alan Prater, her “mentor” – who is a former musician and back-up vocalist for Michael Jackson, to being awarded the “Best Singer/ Song Writer” by the McGill university jury, she isn’t stopping any time soon.

She then joined forces with renowned Montreal producer Sonny Black, the man behind international successes of artists such as Corneille, Dubmatique, Sheryfa Luna, K’Maro, Shy’M, and Kulcha Connection. The two had an extraordinary musical chemistry, causing them to co-produce K’Bust’s debut album, “Urban Stories”. In March of 2018 her second studio album, “Fearless”, that she co-produced with Albert Chambers, a Juno award nominated music producer, was released. Her song “Over” hit the DTR Global Top 200, with airplay peaking at number 166, Global Top 150 Independent airplay at 48, and Global Top 50 Pop airplay hitting 43. In March of 2020, she went on her first USA tour. From Skully’s Music Diner in Columbus, OH, to the legendary Whiskey-A-Go-Go in West Hollywood, CA, K-Bust is burning through those trails!

With the release of her second studio album, "Fearless", she opted to coproduce with Albert Chambers, a Juno award nominated music producer. The success of "Fearless"lead to her first USA tour, and in March of 2020, she hit the road and her "Fearless 2020 tour" took her to Columbus, Ohio where she performed at Skully's Music Diner and to West Hollywood, California where she got to play at the legendary Whisky A Go Go.

Also a music producer herself, she’s utilized her talents to produce several artists including Her Sister – a Synth/Pop duo from Australia, and Scott Stephenson – an up and coming Canadian singer.

With this impressive list of achievements, she still finds time to do what she loves most, make music. Currently working on releasing her third album for 2020, and a 2021 Canadian and US tour, she promises to make this one her most personal yet! 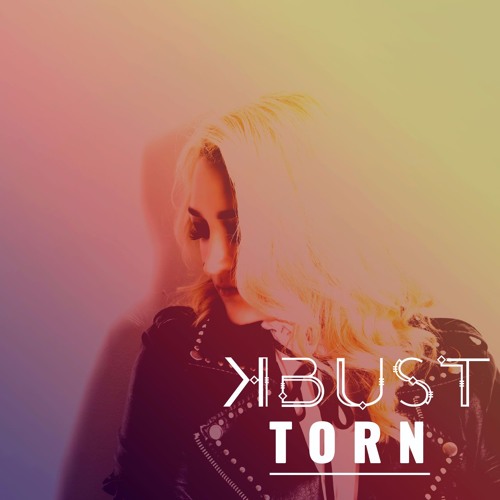